Have you ever wondered how commercial airlines finance the planes they fly? This article describes the financing of passenger and freighter aircraft, through both purchasing and leasing. Specifically, we’ll provide advice about airline financing and show how Assets America® can help. Finally, we’ll conclude by answering a few frequently asked questions.

How Do Airlines Buy Aircraft?

Passenger aircraft are expensive. For example, a brand new Airbus A380 sells for $445 million before volume discounts. Commercial airlines sometimes purchase the aircraft they operate, but often they prefer leasing. In fact, many airlines have mixed fleets of owned and leased aircraft. 2018 saw the following capital market volumes for airline purchase transactions:

About 70% of these transactions were unsecured.

Purchases account for approximately 60% of the world’s commercial airliner fleets. The most important thing to know about purchasing a new aircraft is delivery can take several years. Both Boeing and Airbus, the duopoly responsible for most large passenger aircraft, have full purchase bookings for several years into the future.

When purchasing aircraft, the airline makes a down payment one to two years before the delivery date. Airline financing for purchases can take several forms. For example, these include:

Buyers can be airlines or aircraft leasing companies. Governments of countries like the United States and Canada offer loan guarantees for the domestic purchase of aircraft. Equity investments in leasing companies and purchases of ABS (asset-backed security) portfolios dominated private equity financing.

An ETC is a type of medium-debt to long-term debt instrument. Specifically, it allows the buyer to pay for the purchase of aircraft over time. Investors supply the capital by buying ETCs from a trust company for the buyer. Naturally, the physical aircraft or some other asset secures the ETC.

During the payoff period, the trust company holds the title for the ETC-financed aircraft. Really, an ETC is a mortgage, with a specified interest rate and payment dates. In cases of default, the seller or lender forecloses on the aircraft. Because the trust holds title until payoff, ETCs allow buyers to postpone property tax on the aircraft.

An EETC is a specialized version of an ETC. Special-purpose pass-through trusts issue the EETC. This arrangement allows borrowers to combine multiple purchases into a single debt security. A trust issues the debt and is its repository, as well as managing debt service and payments.

Indeed, airlines use EETCs to raise huge sums for aircraft purchases. EETCs are clearly more efficient than ETCs because they don’t require multiple issues, that is, one per aircraft in the case of ETCs. Like mortgage-backed securities, EETCs sell in tranches with differing seniority, coupons, credit ratings, and risks.

ETCs and EETCs help leasing companies purchase aircraft while supplying tax benefits to lessees. Specifically, the lessees don’t own the asset until title transfers to them. Until then, lessees postpone property taxes on the aircraft. Also, the trust can reclaim the aircraft if the borrower defaults.

Frequently, airlines finance passenger aircraft via leasing. Interestingly, the credit ratings of aircraft leasing companies often surpass those of the airlines themselves. This allows the lessor companies to borrow at super-advantageous rates. If they choose, they can pass along the savings in the form of lower-cost leases to the airlines. It also helps the lessor make bulk purchases and negotiate larger discounts from the manufacturer.

Due in part to favorable tax rates, the aircraft leasing industry began in Ireland. Lessors like Avolon, GECAS, and Aercap operate out of Ireland and own hundreds of large commercial aircraft. The Middle East is another prominent leasing hub.

Leasing gives airlines increased flexibility to reconfigure their fleets. Startup airlines can build their fleets quickly through leasing. Typically, aircraft leasing agreements contemplate terms of 7 to 10 years, but many exceptions exist. Two lessors, AerCap and GECAS, account for 40% of market share among the 150+ lessors currently operating.

Sale leaseback transactions are important components of the leasing market. Airline companies purchase new or used aircraft and then immediately lease them back from the purchaser. Boeing reports that during 2018, half of their deliveries involved sale leasebacks. See our article on sale leasebacks for details.

Freighter aircraft purchasing is similar to that found in the passenger market. Leasing, however, has a few extra wrinkles. Whatever the type of lease, the financing involves monthly payments that the lessee immediately expenses. The lease has an implied interest rate that is the finance charge for the lease. The fixed or variable monthly payments depend on the type of lease. 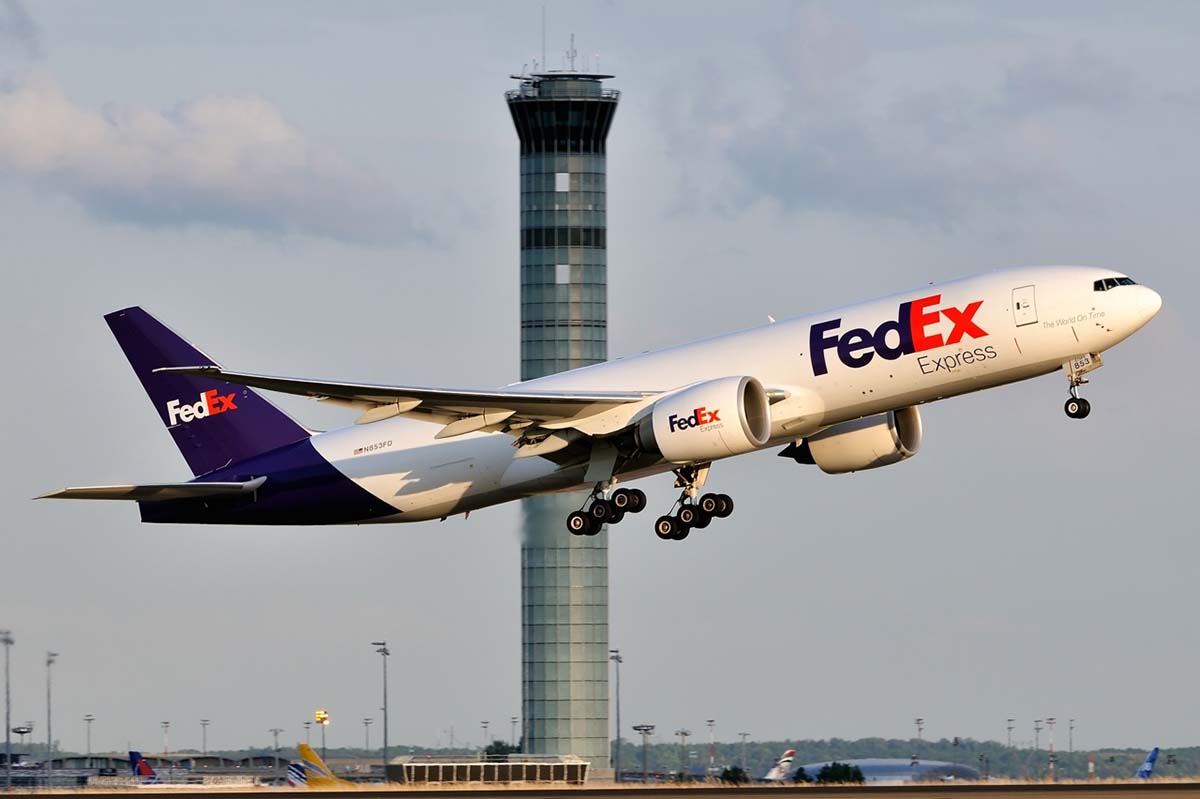 There are three main types of freighter aircraft leasing:

The lessor provides just the aircraft, without providing any operational support or crew. The lessee is responsible for fueling, maintaining, and insuring the aircraft. Normally, the term on this type of lease runs from 5 to 15 years.

ACMI stands for aircraft, crew, maintenance, and insurance, all of which the lessor provides. Previously, ACMI leases carried the name “wet lease.” The airline operates the craft on its own certificate on behalf of the aircraft lessee. The lessor might be an airline that operates aircraft for another airline, a charter broker, or a forwarder.

The lessee is responsible for filling aircraft with cargo, setting schedules and routes, and paying for operating expenses. Those expenses include the costs of fuel, landing fees, and ground handling. Typically, ACMI leases are much shorter than dry leases and typically only run for 1 to 3 years.

This is an ACMI lease minus the aircraft. The lessee provides the aircraft, but the lessor provides the crew, maintenance, and insurance. Lease terms run 5 to 7 years. Sometimes, Company X extends a dry lease to Company Y, which then issues a CMI lease back to X.

In addition, Airborne Global Solutions (AGS) pioneered a wet-to-dry concept. The lessee starts with an ACMI lease in which AGS or an associated carrier operates freighters for the lessee. Then, the lessee transitions to a dry lease and takes over all other functions.

Airline finance is more than just paying for aircraft. There are several important factors the airlines must juggle, including:

But the most pressing challenge is obtaining sufficient financing at competitive rates. Higher-than-necessary rates attract new investors, especially from the Far East. For 2019, bank financing of commercial airlines (passenger and freight) breaks down thusly:

As you can see, bank financing of aviation has become global, with the United States ceding leadership to most other regions. China and Japan account for 43% of bank debt for deliveries of new aircraft. Asia expects to receive about 17,000 aircraft in the next 20 years.

The cornerstones of an airline’s financial success consist of several related processes within financial accounting:

The critical financial processes that airline Chief Financial Officers should address include:

The airline’s CFO should streamline financial processes, from the acquisition of aircraft through revenue generation. In order to succeed, CFOs should explore three basic goals:

Cross-functional teams facilitate these goals by managing risk and cost. Since the airline industry is high-volume but low-margin, CFOs should squeeze out even small increases. However, this has become harder as products and prices continue to converge. In turn, this puts the onus on customer experience and loyalty.

Revenue leakage occurs when providers receive less revenue than expected, often due to customers spending less money. One important source of revenue leakage is rising taxes and the complexity of taxable revenue streams. For example, an airline can lose revenue by misapplying taxes for interline relationships.

More generally, airlines must ensure they collect the correct fares, charges, and fees for interline plating carriers. Plating refers to the airline for which a customer receives a ticket. Interline plating occurs when one airline issues a ticket for a partner airline. If the cross-billing is incorrect, the airline experiences revenue leakage. The solution is standard interline settlements, which can save the industry significant costs.

Online travel agents (OTAs) create more pressure. Leakage occurs when an OTA defaults on its obligations. The solution is better underwriting of OTAs and tighter credit limits for riskier ones. Airlines should also aggressively pursue agency debit memos to collect the proper revenues from OTAs. Revenue accounting provides the tools required, but you must utilize them.

How Assets America® Can Help

Assets America® can arrange private financing to commercial passenger and freight airlines. We can fund transactions starting at a bare minimum of $10 million, though most commercial transactions are much greater. Our services extend to both purchases and leases, including sale leaseback transactions.

What happened to Donald Trump’s airline?

Donald Trump owned Trump Shuttle from 1989 to 1992. He purchased the company for $365 million along with some of the landing rights and the physical assets from Eastern Air Lines. The shuttle company operated in the northeast corridor.

The company had numerous inefficiencies. Accordingly, Trump opted to focus on his core competency, commercial real estate projects, and to cede operational control to US Air. The agreement also included an option for USAir to purchase the company after five years.

In 1992, the original Shuttle company/name officially ceased to exist as it was merged into the new corporation and began operating under the name USAir. After years of mergers and acquisitions, the shuttle eventually merged with American Airlines in 2015.

Do airlines actually own their planes?

Airlines own about 60% of the aircraft they operate. Leasing makes up the other 40%. Leasing continues to gain popularity due to its tax benefits and reduced capital commitments. Many airlines fly a mix of purchased and leased aircraft.

How long does it take an airline to pay off a plane?

Typically, larger airlines pay off their planes in about 5 to 7 years. Smaller and discount airlines may take up to a decade to repay their financing. Leases can run from a few years to the better part of a decade.

What’s the most profitable airline in the world?

American Airlines gets the gold medal for profits. In 2018, it earned revenues of $44.54 billion. It just edges out Delta Airlines, which earned $44.44 billion. In third place was Lufthansa, bringing $42.18 billion.